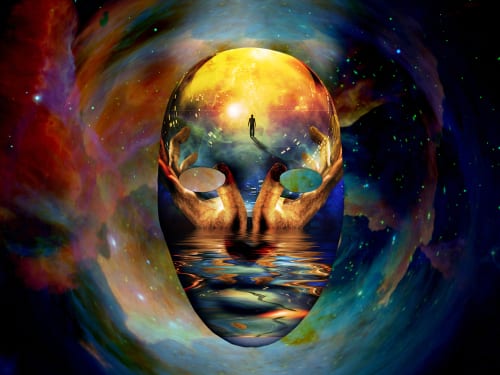 People misunderstand the concept of persona in the lexicon of Carl Jung Persona (that is the actual search phrase).  The persona is by no means only a mask you wear in public. In its proper function, the persona is intimately related to the soul.

As a modern example of what I mean, look at Prince Harry, Duke of Sussex. He has a very clearly established persona in his position as Prince and Duke.

Harry takes that public face very seriously because he’s in service to the public. However, he certainly is not identified with his princely persona. You can see this when he speaks to interviewers.

There is no doubt whatsoever that he is a deep soul with a kind heart.  This is no act. Behind that Royal mask, you still see Harry, the man.  You can feel his soul coming through, even when he’s in the role of Royal.

Harry knows exactly who he is outside of that profoundly public image which he was born into. Outside of his role, I doubt that he shakes someone’s hand and introduces himself as “Prince Harry” – should he ever get the chance of meeting someone who does not know who he is.

Table of Contents - Jump To Section

Carl Jung Persona: What is it (not)?

A somewhat confused question inspired me to write this post. I don’t like it when pop-psychology contaminates or perverts Jung’s ideas.  I write what I write to clear the air, at least as best I can.

Regarding the Carl Jung persona, can we not say the collective archetypal contents of the psyche exist in the same space, and a person can call upon any persona, and can we not allude to saying that all persona are shared by all? 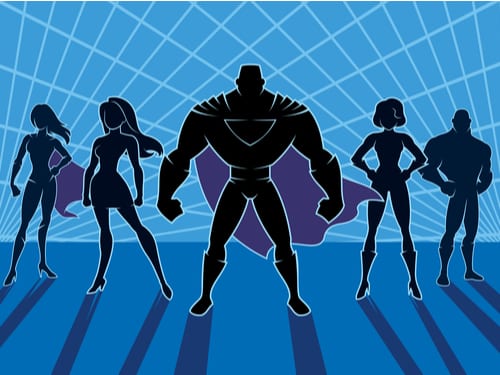 The (awkward) phrasing of the question illustrates a common misconception about Jung’s ideas of both, archetype and persona.

In the first place, you do not “call upon” an archetype.

You can’t invoke or command an archetype into your service or take the “you are a superhero stance” to get your shit done.

If anything, the archetype invokes you into its service.  When an archetype possesses us, we have no control.  For example, if someone or some situation triggers your mother-complex, then you are are in it.  You will see everything through that complex.  Same goes if a religious or political ideology possesses you.  You are gone.

Archetypes are autonomous factors in the psyche. They aren’t a bank of images that the conscious mind can access and withdraw whenever it pleases.  Archetypes call upon you. That is why they are the healing factor in psychic illness.

Anyone who argues otherwise isn’t speaking of Jung’s psychology, but rather, speaks that kind of slipshod, pop-psychology which shamelessly perverted Jung’s work.

According to Jung, a functioning persona is a part of a person’s soul.  That means the persona is connected to the core of a person.

The persona serves as a necessary “counter-weight” to our anima/animus relationship to the inner world.

We need either the anima and animus or a religious symbol to protect us from the onslaught of the inner world.  If we try and get there with only our ego, the unconscious would overwhelm us.

The Persona: Our Encounter Suit 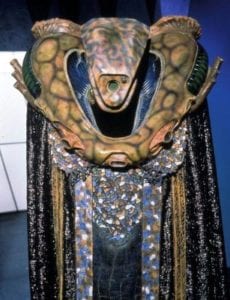 Equally, most people should never step into the external Collective without some cover. We need an encounter suit, lest that exterior Collective pummel us to bits.  We should reserve our full being only for our inner circle of friends, with whom we can be ourselves.

If you think that you don’t need a persona, then most likely, you either unconsciously identify with your persona, or, you grossly underestimate the effect of the external world.

It takes a genius of a profound nature to be able to submerge, without compromise, his or her individuality in society.  We are talking an Einstein or Stephen Hawking. He or she must be someone who contributes something in compensation to society for that privilege.

If we normal folk are to get along and adapt in the external world, we must compromise.

If we’re speaking of Carl Jung’s idea of persona, then we should quote the source.  Here’s what Jung says about persona in Psychological Types:

The persona is thus a functional complex that comes into existence for reasons of adaptation or personal convenience, but is by no means identical with the individuality. The persona is exclusively concerned with the relation to objects. 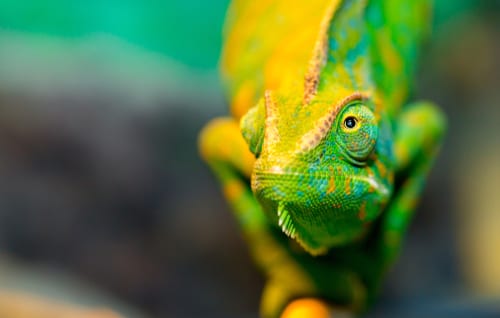 When Jung says the persona is exclusively concerned with the “relation to objects”, he means the external world.

Anytime Jung talks about objects, he means anything outside of yourself, i.e., the subject.

So, as I said earlier, the persona is the part of ourselves which relates to what is outside of us, in the world at large.

In some schools of psychology you’ll even see references to “object relations”, which means “human relationships”.  I still flutter my eyes and shake my head in disbelief at calling other people objects, but I digress.

Back to Jung and persona.  To be related to the world, we have to adapt to its ever-changing environment. Like our chameleon friend in the image. Different situations call for different behavior or appearance.

Mostly, we associate persona with one’s job or place in the world.  In that sense, it’s very easy for people to get caught up in identifying with their persona.

[the persona] is the individual’s system of adaptation to, or the manner he assumes in dealing with, the world. Every calling or profession, for example, has its own characteristic persona. It is easy to study these things nowadays, when the photographs of public personalities so frequently appear in the press.

A certain kind of behaviour is forced on them by the world, and professional people endeavour to come up to these expectations. Only, the danger is that they become identical with their personas—the professor with his text-book, the tenor with his voice. Then the damage is done; henceforth he lives exclusively against the background of his own biography.

For by that time it is written: “… then he went to such and such a place and said this or that,” etc. The garment of Deianeira has grown fast to his skin, and a desperate decision like that of Heracles is needed if he is to tear this Nessus shirt from his body and step into the consuming fire of the flame of immortality, in order to transform himself into what he really is.

If you don’t know the story of Heracles and the shirt of Nessus, it goes like this:  Heracles was tricked into putting on a poisoned shirt, a shirt meant to kill him.  When he put the shirt on, it burned him.  Because the shirt was cursed, he could not remove it.  It burned him so bad that he killed himself by jumping onto a funeral pyre.

For Jung, identification with the persona is that bad.  I have worked with people who suffer from this kind of identification. They are terrified to rip off that shirt and see who they really are.

Hmmm, who should my persona be today?

Again, the idea that one can call upon a persona makes it sound as though there is a stockpile of personas somewhere – bankers, accountants, doctors, warriors, heroes or what have you.  A persona is not a role that we can play in a given situation.

Social roles are not personas, per se. If you call upon a social role and pretend to be it for the moment, then you are just acting. That isn’t what Jung meant by persona.

Granted the bankers, accountants, and doctors who believe they are their social roles.  For example, someone who casually introduces himself as “Dr. So-and-So” at a party that has nothing to do with his profession, falls under the problem of what Jung called identification with the persona.

These people aren’t individuals; they are stuffed-shirts, so socially inflated that they would burst if anything happened to their social position. Not to mention, they are boring.

A persona is unique to an individual, which is another reason why you can’t call upon a persona. You certainly may need to consciously step into your own persona when engaging the world, but when it’s a functioning part of your psyche, it’s something that happens naturally.

But no matter what, a working persona is connected to your core being.  This is the opposite of the “stuffed-shirt” syndrome I mentioned earlier.

“If you think that you don’t need a persona, then most likely, you either unconsciously identify with your persona, or, you grossly underestimate the effect of the external world.”

This is absolutely brilliant.

Jesamine
Author
Reply to  a learner

I’m glad it resonates with you. Many of the people I work with suffer from a lack of persona…

This was good read that makes things clear. As far as a lack of persona…what does that look like?

someone repeatedly injured by the outside world because they do not have any cover.

I was having this exact thought today, and I am pleased to hear I was onto the right track. Thanks for corroborating my intuitions in such a succient and accessible style. At present, I’m developing a new persona (or identity) to interface with the world. The linking of a new and healthy persona to one’s soul is an exciting event, it’s like discovering an old friend. My shadows offered some input too.

Tell me about new posts 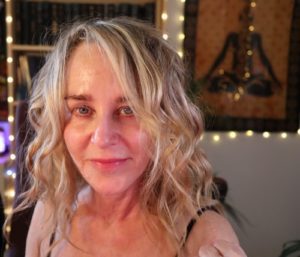 For face-to-face counseling or Jungian analysis in Zurich, you can reach me at: 41 079 821 67 65 or through email at jesamine.mello@gmail..com.  I am also available through Skype or Zoom worldwide.  WhatsApp or text is the most reliable method of contact.

Please read my non-licensure and ethics statement. Because I work in a non-traditional way,  you must assume full responsibility for your well-being.

Through dream work I often see in others, what they cannot see in themselves.  In every psychic illness or personal struggle, I see the authentic person behind all of it, trying to break free.

I am passionate about the work I do with others because it arose out of my own personal struggle to find meaning.

I have always needed to understand before I believed and therefore always asked, “To what purpose?” Staying with this question, no matter how simple or painful the situation, has always constellated an answer and pointed me in the right direction in my life.

I know from experience that meaning lies at the core of our darkest and most fearful encounters and I will be there to support your personal search for that meaning at every step of your journey.